We've been wanting to get Evan out in the snow this winter, but I still had to buy boots and a sled for him... So yesterday when Drew got home from work, we bundled him all up and took him out in the backyard.... He really had fun and cried when it was time to come inside... Enjoy the pictures!! 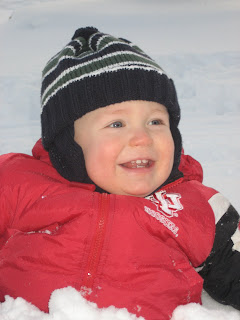 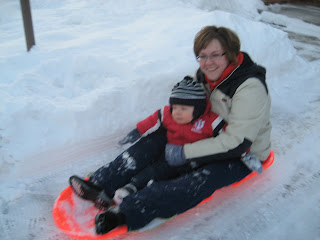 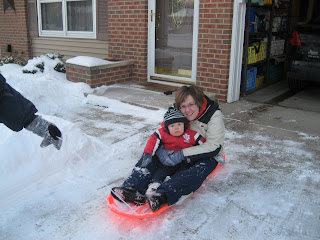 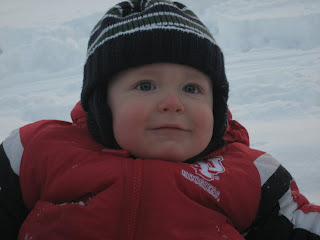 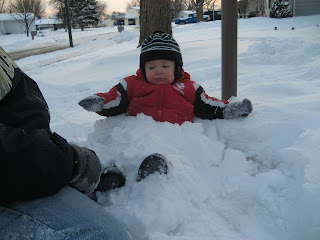 Buried in the snow! 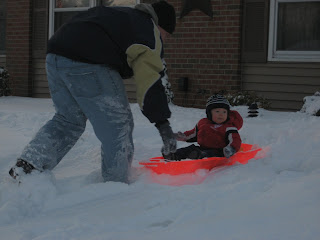 Daddy pulling him on the sled... 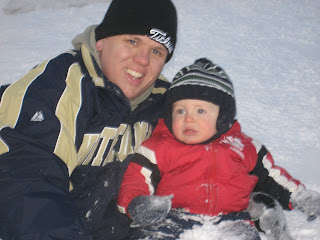 Who knew that a Longaberger basket full of cars and trucks could entertain a 17-month old for over an hour?? Evan LOVES to dump his cars out of the basket, put them all back in and then dump them again. He played for so long one afternoon this week just emptying the basket and filling it up again. This is such a fun age! 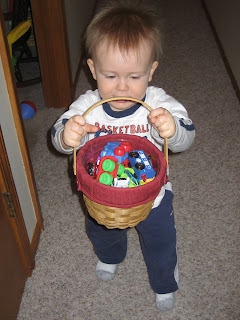 Here he is carrying the basket full of cars... 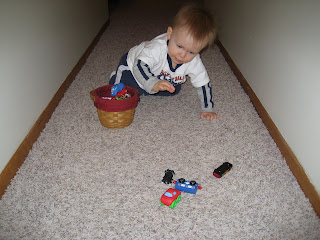 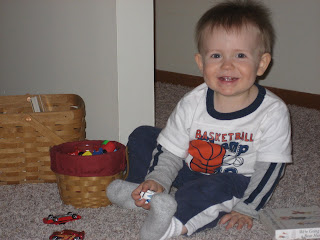 This is Evan in the middle of saying "Cheese"... It's soo cute! 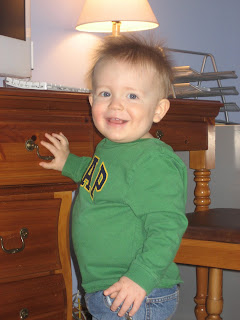 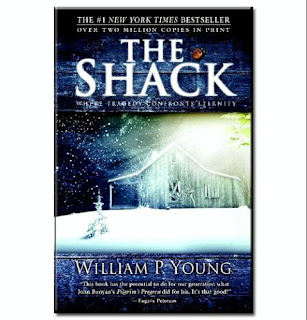 I just finished reading The Shack today.  What an awesome experience... I can honestly say this is one of the best and most thought-provoking books I've ever read- and that's really saying something coming from a book-lover like me!  This book definitely makes you want to know God in a deeper and more intimate way...  It was life-changing for me..  Go out and get yourself a copy of this book!!
Posted by Ashley at 4:18 PM 3 comments:

Well, nothing is new around our house... Sorry for my lack of posts recently. I guess we've just been kind of busy although there really isn't anything new or exciting to post... I haven't taken too many pictures lately, but I thought I would post the few that I have taken. Evan continues to learn new things and change daily and we're loving every day with him. He's at such a fun age right now and it's so fun to watch as he learns new things and gets excited about what he's learning. He's talking a lot more now although most of what he says doesn't make too much sense!
Evan was supposed to have his first swimming lesson at our YMCA this past Saturday. It's a parent/child class, so Drew was going to go in the pool with him... To say it was a disaster is quite an understatement... He screamed bloody murder and was scared to death anytime Drew got near the water. We're not quite sure what scared him most- all the people and a new environment or the actual water itself... So we're going to try to swim at Drew's aunt and uncle's indoor pool sometime soon to try and get him used to the water again. It's like he's forgotten all about how he went swimming this past summer... But we're going to keep trying and hopefully I'll actually have some happy pictures to post after a couple of weeks! 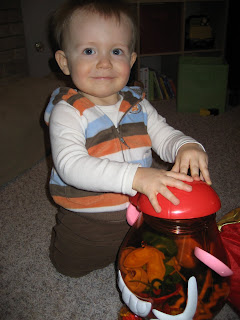 Playing with his Big Mr. Potato Head and all the pieces! 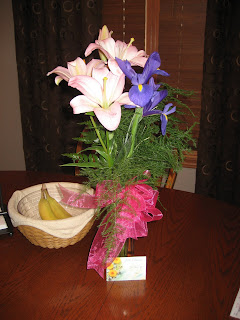 The "Just Because" flowers Drew sent me.... What a sweet hubby I have! 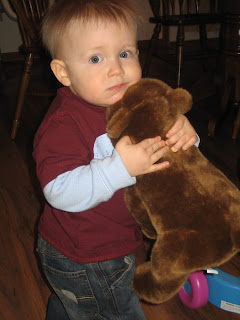 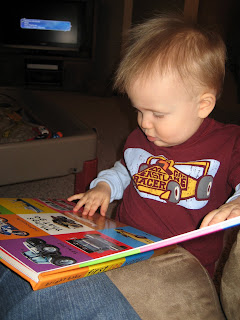 Reading his word book- one of his new favorites!! 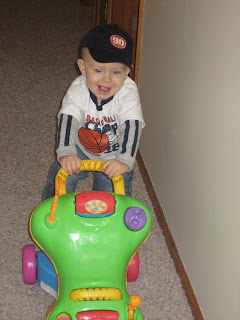 Pushing his car around the house- he's actually learned how to steer it now which we're thankful for.... Our walls were beginning to show some wear from all of the crashing he was doing! 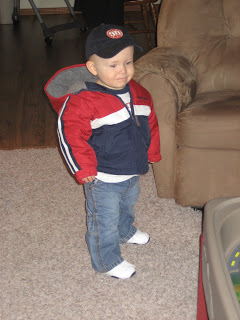 All ready to go to Wal-Mart with Mommy one afternoon! 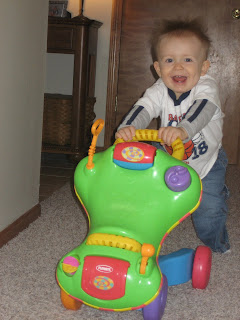 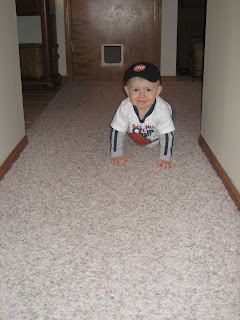 Playing peek-a-boo around the corner :) 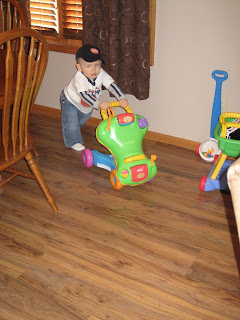 More pushing the car!!
Posted by Ashley at 12:17 PM No comments:

Evan has started to say a few words and is trying to repeat things that we say.... He is pretty good at hi, bye bye, daddy, and mommy... And just today my mom and I were playing with him at his new car table and we were saying "Oh Boy" and he started to say it too... It was soo cute :) I took a couple videos and thought I would share them.... Enjoy!

Email ThisBlogThis!Share to TwitterShare to FacebookShare to Pinterest
Newer Posts Older Posts Home
Subscribe to: Posts (Atom)
“I will not leave you as orphans, I will come to you.” John 14:18 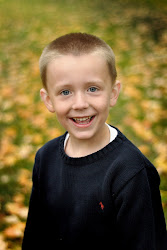 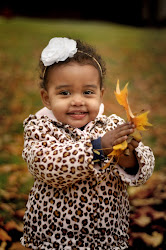 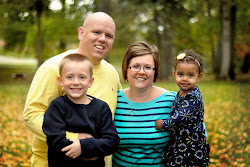